The garden air currently being sniffed by my twitchy nose is full of the sweet fragrance of lilac.

This flowering shrub whose unprepossessing proper name is Syringa vulgaris, originates in the Balkans and became popular in Ottoman gardens and spread throughout Europe. The flowers are usually, er, lilac coloured perhaps it could be described as a gentle mauve, but they can also be white. We have both colours in the garden and oddly the white blooms after the lilac. They were introduced to America in the eighteenth century.

Despite their beautiful blooms and scent, lilac is yet another flower that is unlucky to bring indoors. Legend has it that a girl who died the night before her wedding requested lilac be planted on her grave. When it bloomed it was white; like her wedding dress, now her death shroud. Others say that it is because the scent makes people drowsy. Indeed Aromatherapists use lilac to soothe nerves.

The lilac seems to be an edible flower and this site here tells you how to make a lilac liqueur. Lilac tea was said to rid people of parasitic intestinal worms and lilac tonic has been used in an attempt to treat the symptoms of malaria.

Walt Whitman wrote “When Lilacs Last in the Dooryard Bloom’d” in 1865 he used lilacs as a metaphor for death in the wake of the America Civil War and the immediate aftermath of the assassination of Abraham Lincoln. The full poem can be read here, this is an extract, I think he took it badly:

All over bouquets of roses,
O death, I cover you over with roses and early lilies,
But mostly and now the lilac that blooms the first,
Copious I break, I break the sprigs from the bushes,
With loaded arms I come, pouring for you,
For you and the coffins all of you O death.
I made a photographic diary of the life and demise of a particular lilac bloom in the garden which I present here for your viewing pleasure, enjoy. 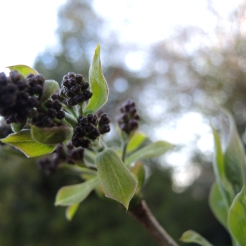 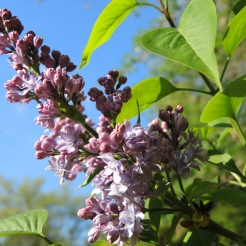 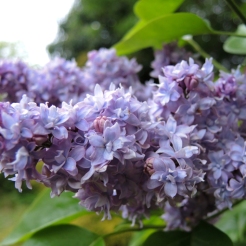 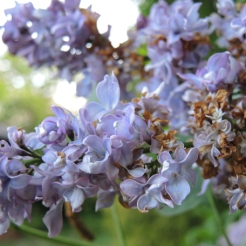