More of a nimble bimble than a tiptoe in my case, on account of my being a small illustrated rat, but I can promise you tulips. 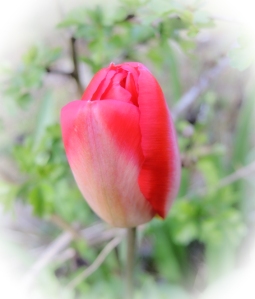 The unmistakable bold brash tulips add a splash of colour to the garden. The name originates from the Turkish, tülbend which some think is derived from the Persian delband, meaning turban. This could be due to someone’s fevered imagination thinking the flower looked like a turban, or because they saw an Ottoman’s turban fashionably decorated with a tulip; we will never know. The French insisted on calling it tulipe and the lazy English knocked off the extravagant “e”. 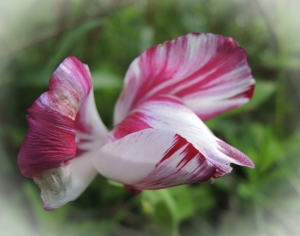 Carolus Clusius planted a few tulips to brighten up Leiden University in the Netherlands and they turned out to be rather popular with the Dutch. Tulpenmanie or tulip mania was born, reaching its peak in 1637. This is thought to be one of the first examples of an economic bubble. The price of tulip bulbs rocketed, a single bulb could cost twice the annual income of a merchant or ten times the income of an artisan.

A hungry sailor mistook a tulip bulb for an onion and consumed it earning six  months in clink. One can only hope that he found it tasty, although this is unlikely as they apparently taste bad and can be poisonous. As with all economic bubbles it burst, possibly hastened by an outbreak of bubonic plague. Many rich tulip merchants were suddenly plunged into poverty, but at least their gardens would have been a riot of colour. 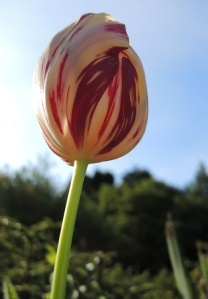 Dutch immigrants introduced the tulip to North America and tulip festivals are held throughout the USA as well as around the rest of the World.

Along with red roses and red carnations, red tulips are a flower symbol of love. 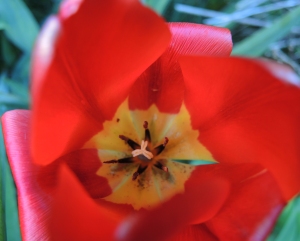 Alexandre Dumas penned a novel, “La Tulipe Noire” about a competition to grow a black tulip which leads the protagonists into all sorts of trouble. The novel can be accessed via Project Gutenberg here.  The wonderfully pithy Sylvia Plath was also moved to write a poem about tulips; it seems that during one of her hospital stays she was less than delighted to have been brought a bunch.  They should have brought her grapes, or hard boiled eggs and nuts (please comment if you get the reference). I recommend reading the poem in its entirety here, but I shall give you a teaser:

Nobody watched me before, now I am watched.
The tulips turn to me, and the window behind me
Where once a day the light slowly widens and slowly thins,
And I see myself, flat, ridiculous, a cut-paper shadow
Between the eye of the sun and the eyes of the tulips,
And I have no face, I have wanted to efface myself.
The vivid tulips eat my oxygen. 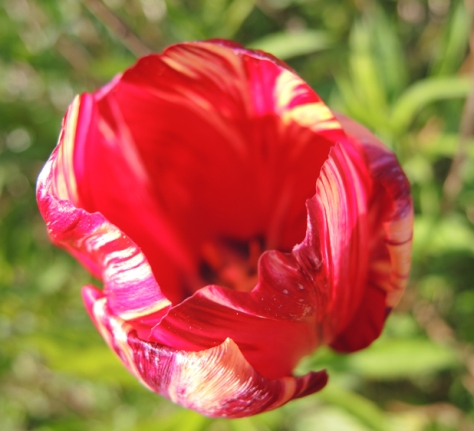 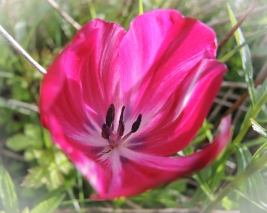 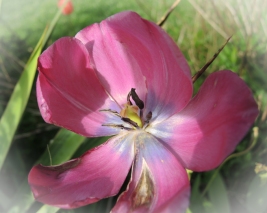 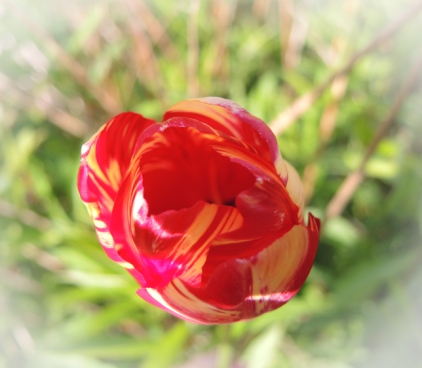 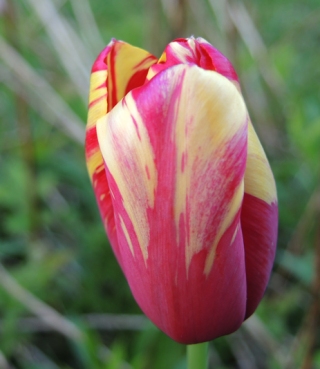 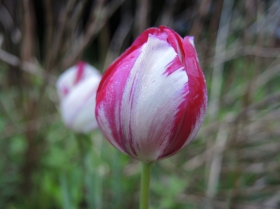 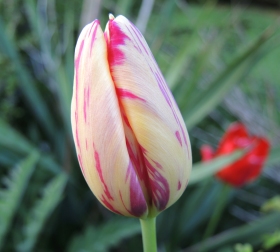 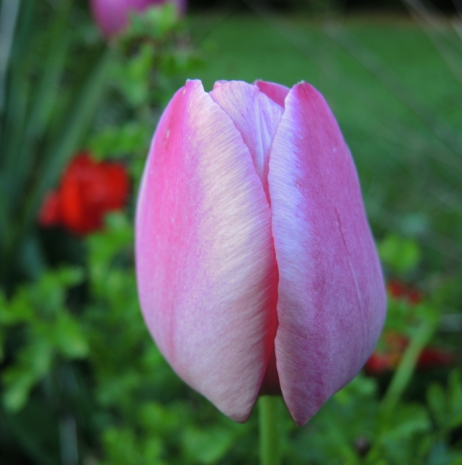 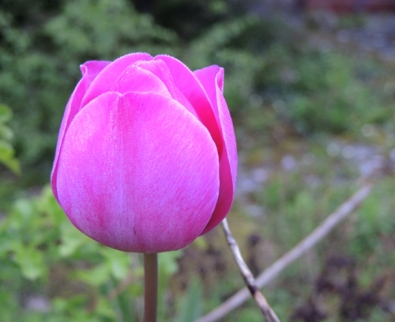 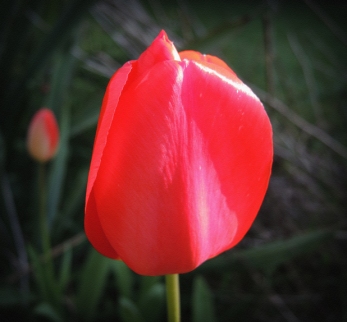 7 thoughts on “Tiptoeing Through the Tulips”