Dawn this morning was a rather bright pink affair. We usually perceive the sky as blue because when sunlight hits small molecules such as oxygen and nitrogen, the shortest wavelengths of light, the blues and purples get scattered. At sunrise and sunset the sun is at a different angle and the light takes a longer path through the atmosphere meaning that much of the blue wavelengths have been scattered before we see them, leaving us with the red wavelengths. Animals that can see different parts of the spectrum to us, such as ultraviolet, will see the sky very differently to us. 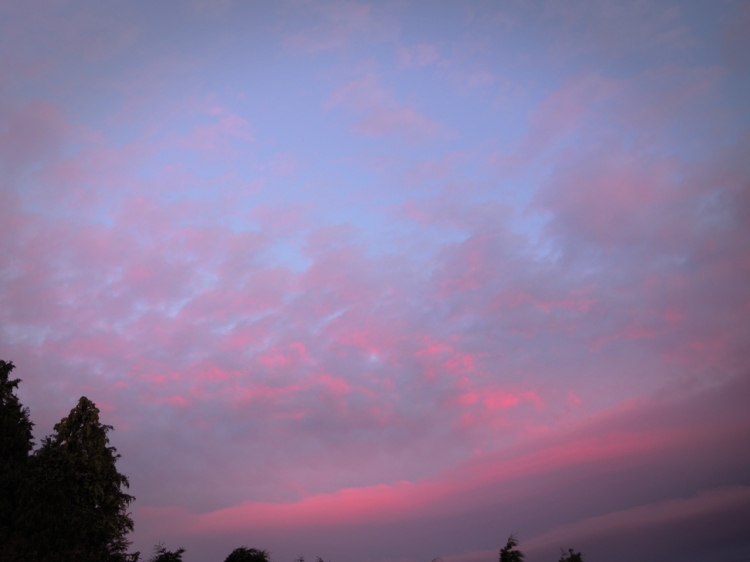 As for the saying “Red sky in the morning, shepherd’s (sailor’s) warning.”; in the UK, generally speaking, weather systems come in from the west. A red sunrise indicates that high pressure has already moved east to be followed by a low pressure wet and windy system moving in behind it. Sure enough we had a miserable sodden day. There is more information about light wavelengths here. 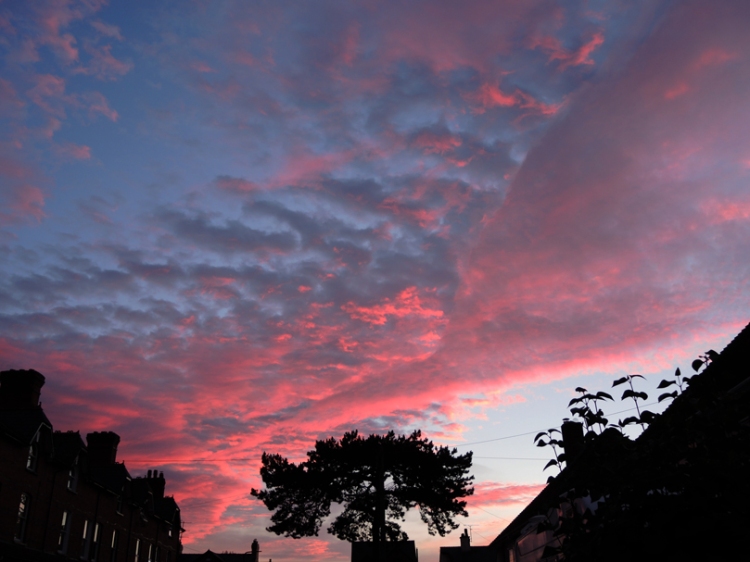 Stepping out first thing I spotted this hedgehog skulking and looking a bit guilty. 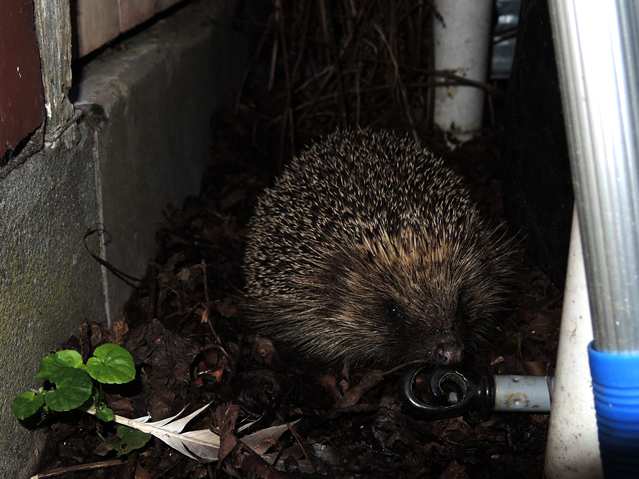 Nearby on the lawn I found this fellow, curled into a ball and on its back! Being rather portly it struggled to right itself. I’m sorry to say I was too busy laughing at it to lend a hand. 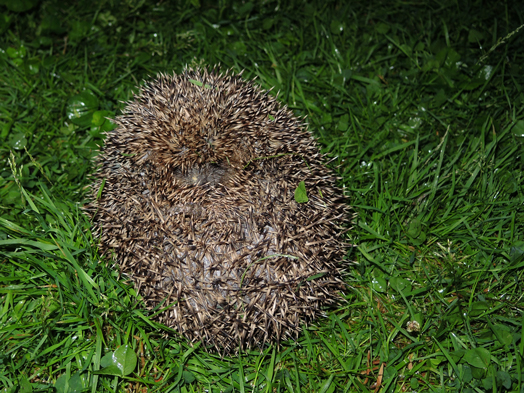 It ran off humiliated into the bushes. 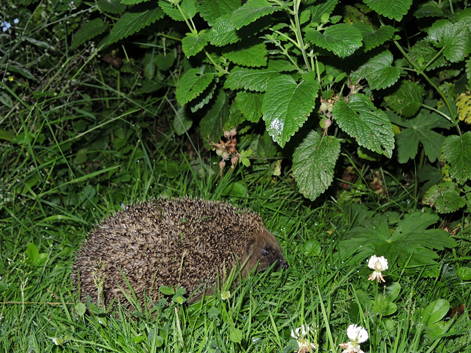 The third protagonist was already off on their toes through the back gate. However, I recognised the fleeing hog and caught up with them again this evening. They seemed unrepentant. 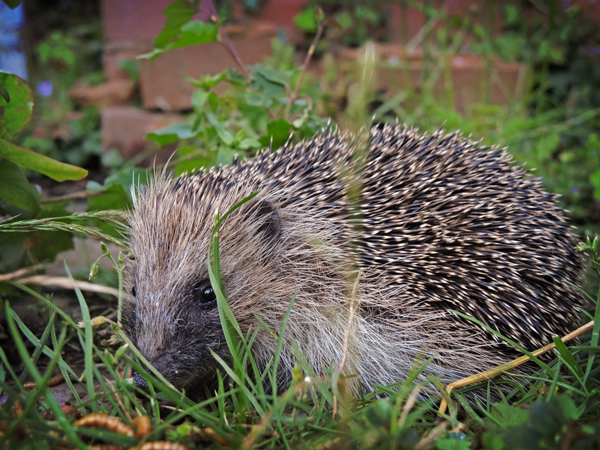 A couple of nights ago I had been disturbed by a tremendous kerfuffle outside, and found two hogs fighting while one curled up and pretended it wasn’t happening. One of the miscreants ran off before I could get my camera. I’m sure it is the same three that were causing trouble this morning. They certainly are a rowdy lot around here! 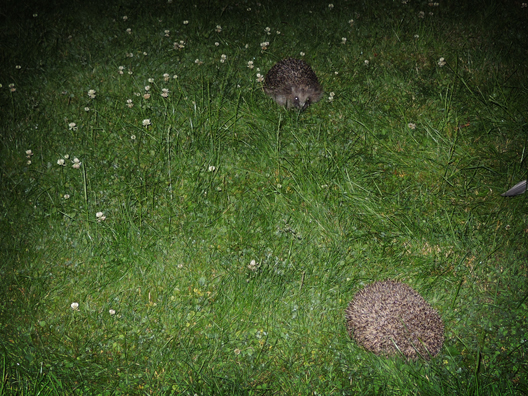 8 thoughts on “Hedgehogs at Dawn”