It was astronomical spring, the vernal equinox, on 20th March 2018. For a brief period it did start to seem spring-like once the Beast from the East had left us, although being the UK obviously it rained. 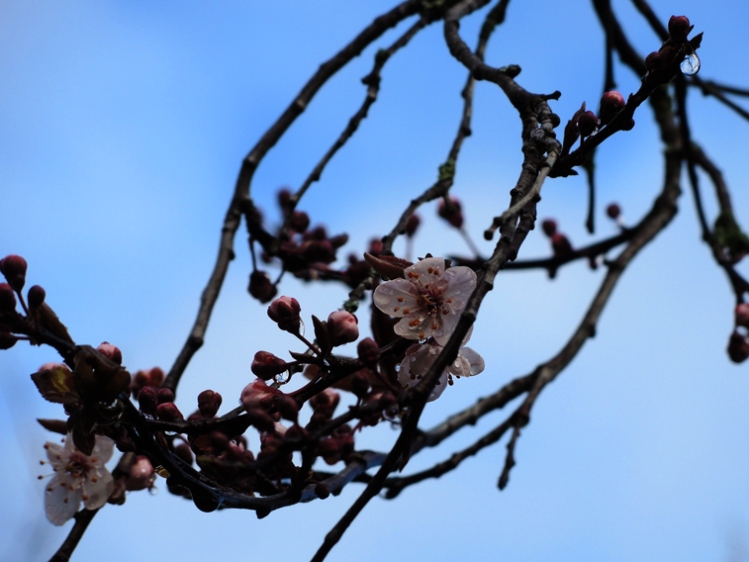 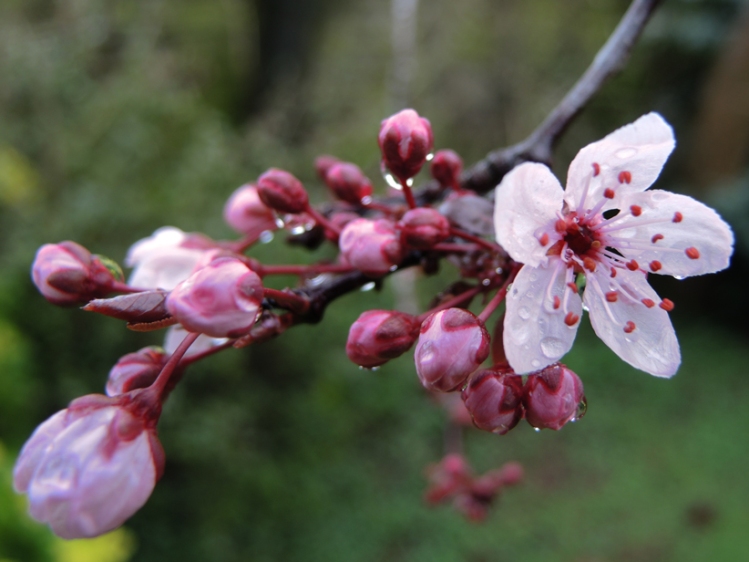 One of the local crows decided they were a tasty snack. 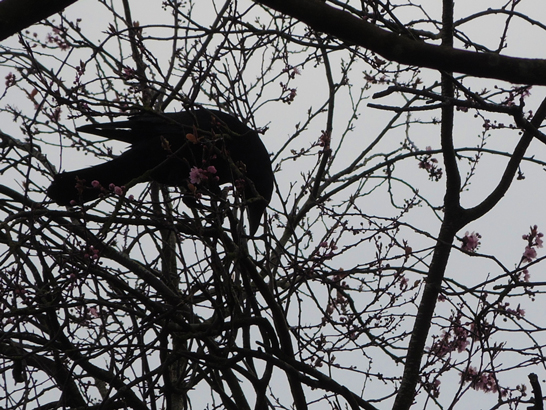 The daffodils bounced back.

The primroses have mostly been eaten, I think by slugs, but I managed to snap one.

The sunshine and the mahonia blossoms brought out the bees. There was a large buff-tailed queen bumblebee but she was too busy to pose for photos. The male hairy footed flower bee was more accommodating. Check out those hairy feet! 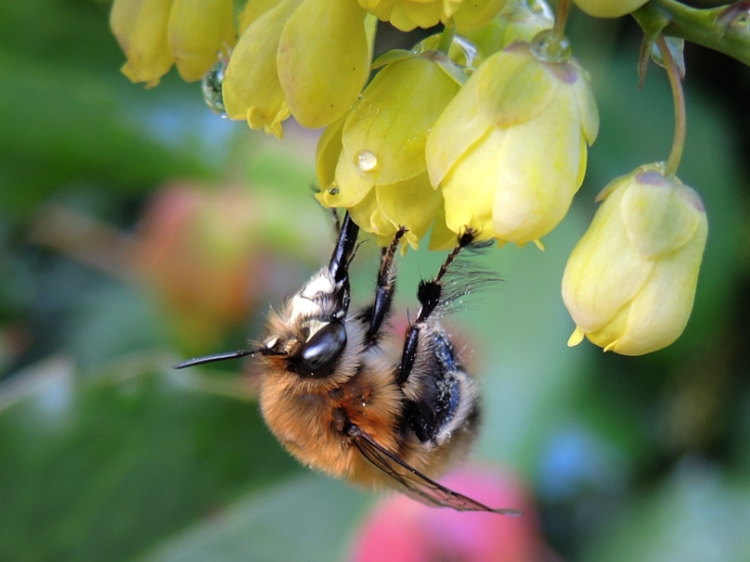 I was very happy to see that he was joined by a female. She has black hairs and doesn’t have the fancy moustache. She also moves too fast for my camera! 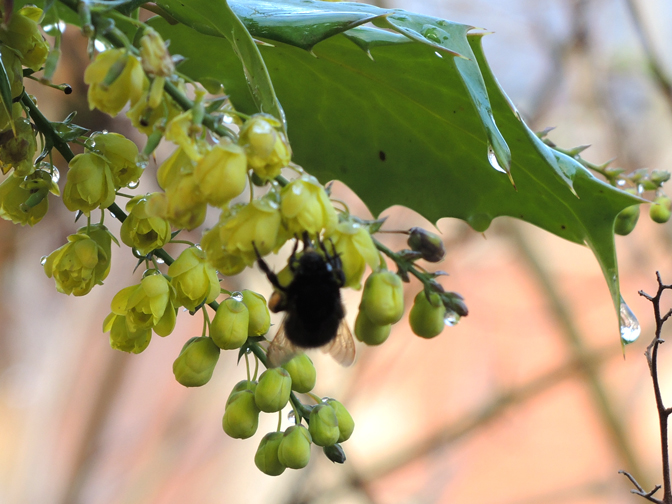 There was also a honey bee.

And then with two days of winter left to go, the Mini Beast from the East arrived. Can you spot the two robins? One is sitting in the apple tree, the other is on the ground.

Extra sultana rations were provided for the blackbirds. The snow didn’t last long enough to bring the fieldfares back. 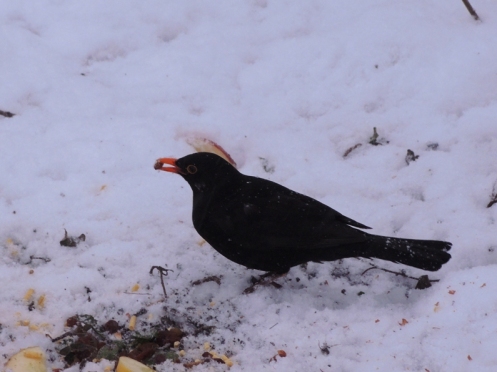 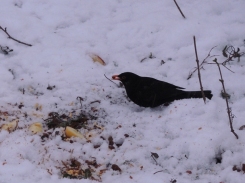 The poor hedgehog was too hungry to hibernate again and left some interesting tracks in the snow between the hoghouse and the feeding station. They walk low to the ground so their skirt of prickles ploughs the snow up either side of their footprints.