I recently had some rare good fortune and won a squirrel feeder through one of @SoarMillSeeds regular competitions on Twitter. This is what I won: Wildlife World Squirrel Feeder. It arrived the next day, but I waited until the seemingly never ending gales did actually end before putting it up. It has one hole at the top, but I replaced one of the hinge screws with a longer one so that I could fix it to a tree with two screws. The squirrels seem to like playing on this tree and it was away from the bird feeders.

The squirrels ignored it for nearly a week. Gradually they started to approach it. I had put some loose peanuts on the top of it which they ate, but then ignored the squirrel food (also provided as part of my win) inside it.

I had propped open the lid by placing peanut halves along the sides and across the perspex, but the squirrels still seemed not to grasp the concept. I think I must have rather dull squirrels. 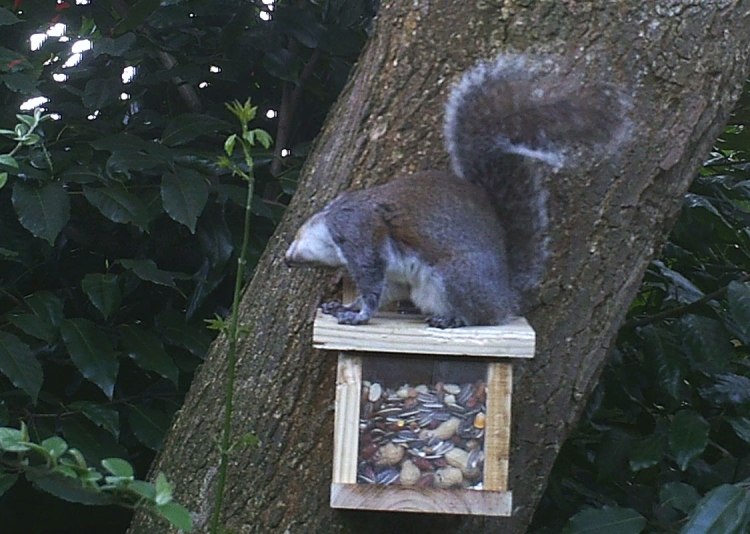 One of the squirrels decided to make a concerted effort to get to the food. Rather like a child hammering a shape into the wrong hole he went for brute force and started chewing and tearing strips of wood off the feeder. Finally it clicked and he worked out he had to lift the lid. 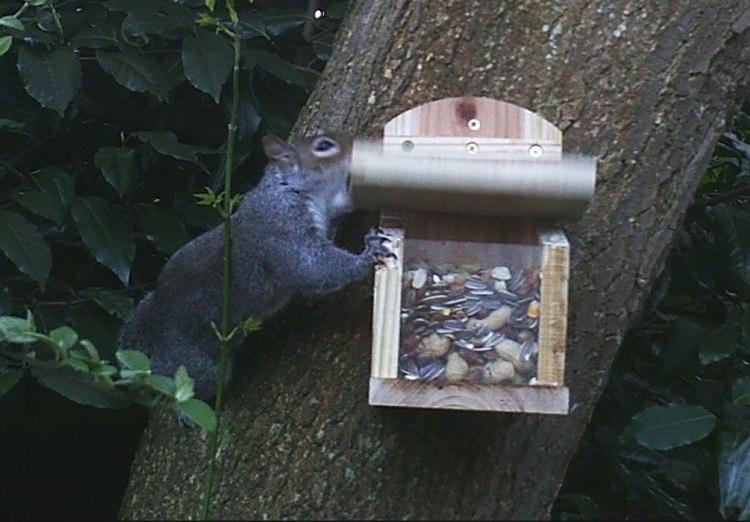 Initially the squirrels seemed rather nervous about popping their heads into the feeder. This is probably a sensible policy given the brutal squirrel traps available.

Within a morning they had worked it out and are now confidently sitting on the platform, lifting the lid and rummaging about for their preferred food. One was even sunbathing on top of it.

I was very pleased to have won this feeder, I love to see the squirrels in the garden. However, I was not too happy that they used to empty the peanut feeder before the birds got a chance. I have purchased a “squirrel proof” peanut feeder for less than £5. 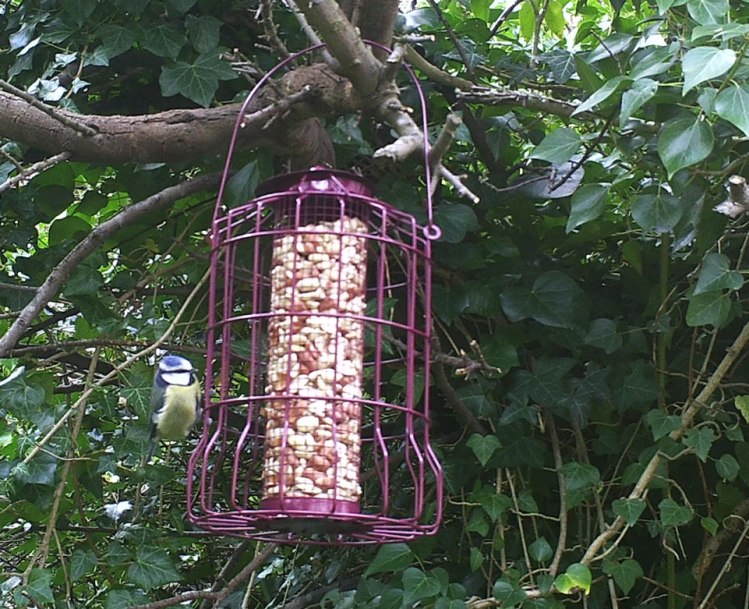 I have placed the bird feeder in yet another part of the garden and so far only the birds have been feeding from it. Of course this might be because the squirrels have yet to find it, so I cannot yet confirm that it will indeed thwart a determined squirrel.

I have noticed that the squirrels don’t empty this feeder they seem to eat the food there and then and just occasionally run off with some of it. With the peanut feeder they would empty it within an hour, running off to cache the peanuts. It is almost as if they realise that there is no competition for this food and are happy to leave some for later. This means that I don’t have to top up the food for the squirrels or the birds so often.

For now though we have happy squirrels, happy birds and a happy me. 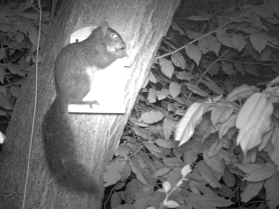 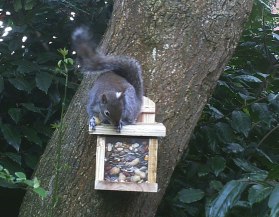 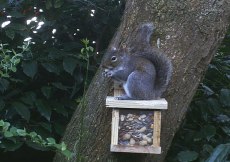 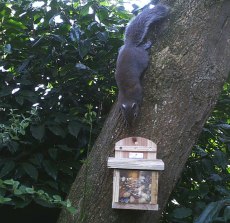 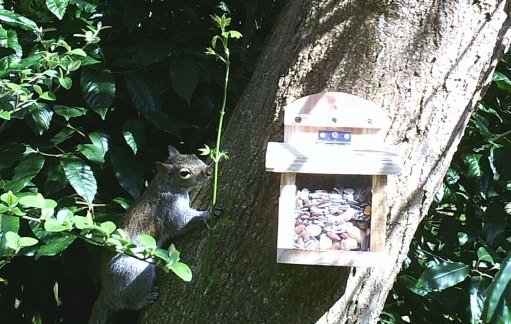 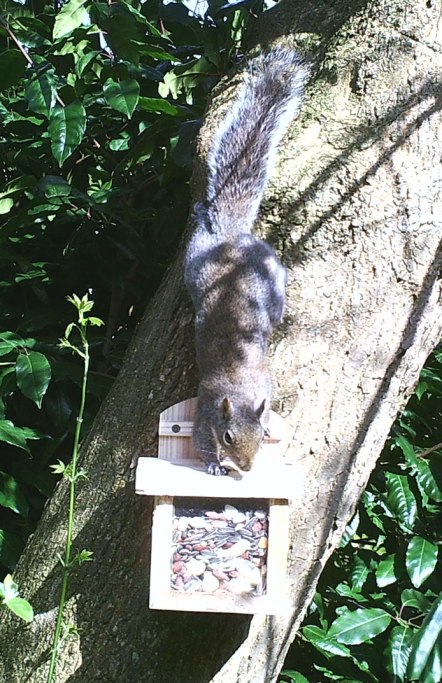 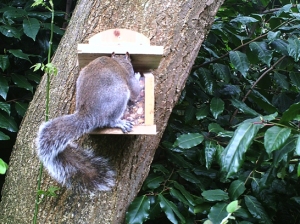 If I haven’t already bored you with my photos of snow in hereford parts one and two, brace yourselves for more of the white stuff.

Even a dull suburban garden can be turned into a Narnia type winter wonderland. 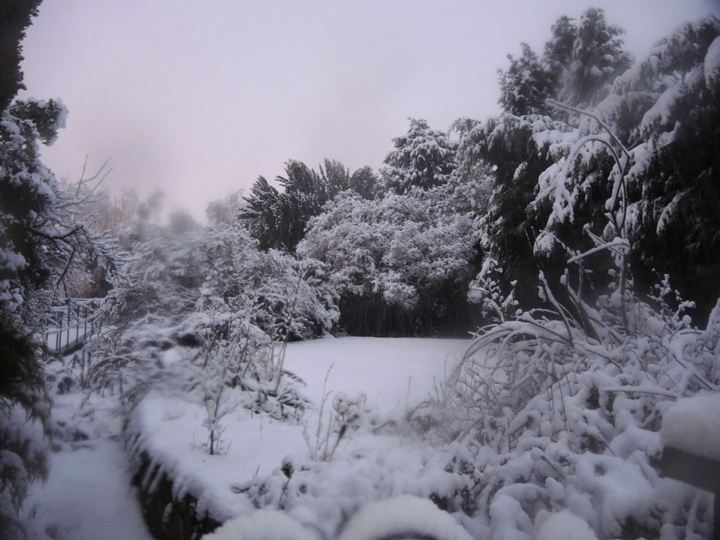 The evergreen yew tree was groaning under the weight of the snow. 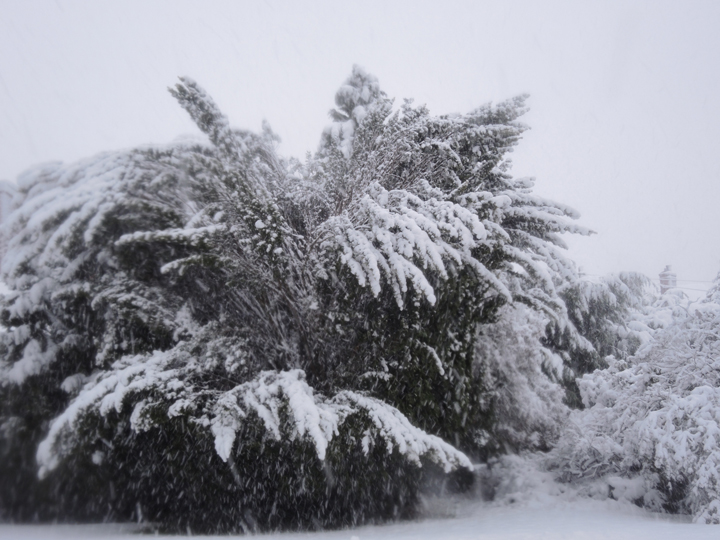 It sprang back afterwards, demonstrating why yew was used to make longbows as it can bend under a lot of tension without snapping.

The deciduous apple tree having shed its delicate leaves was able to take the weight on its sturdy branches. 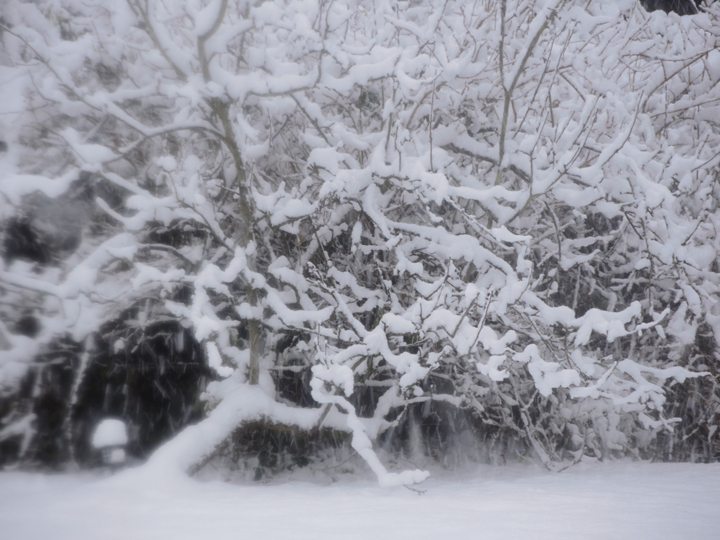 The apple tree also provided some shelter under which I provided food and fresh water for the birds. 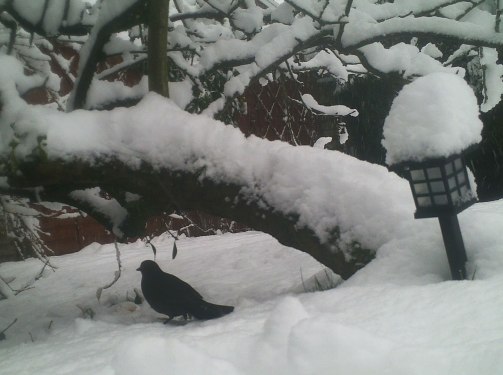 The squirrels were busy in other parts of the garden also.

There were some impressive icicles on the buildings.

There were also icicles on the plants.

And clumps of icy snow adorning most surfaces. 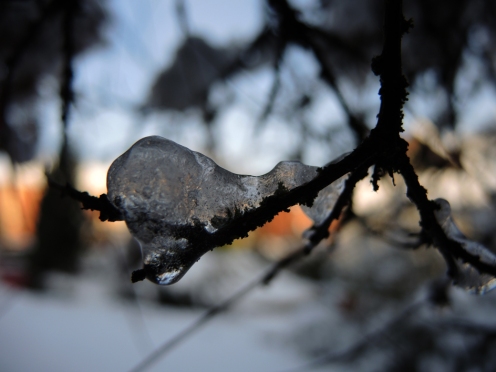 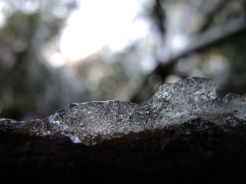 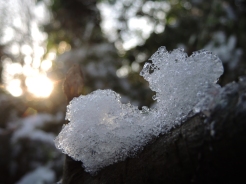 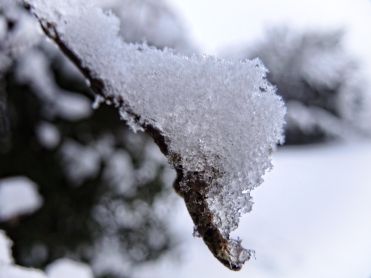 Being lazy I decided to let the wildlife camera take the photos for me. Here are some birds that visited the garden. First of all, a female blackbird. 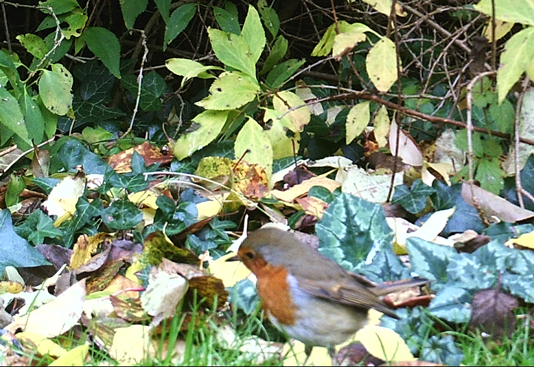 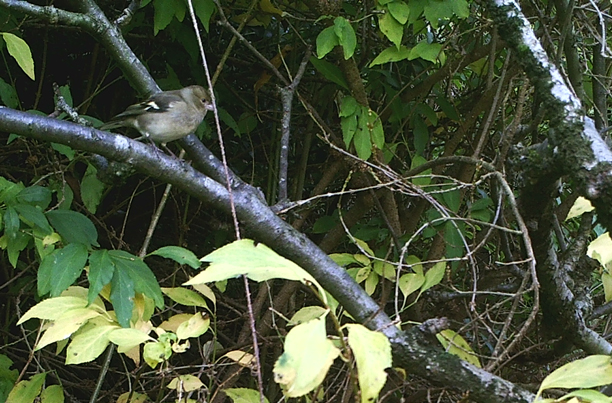 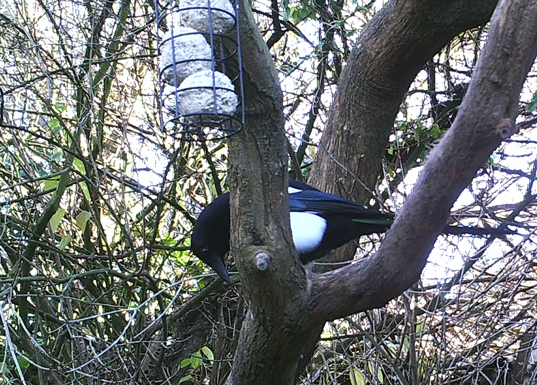 Oh hello …. what a surprise! Mrs Fancypants-Tail and “friend” dropped by.